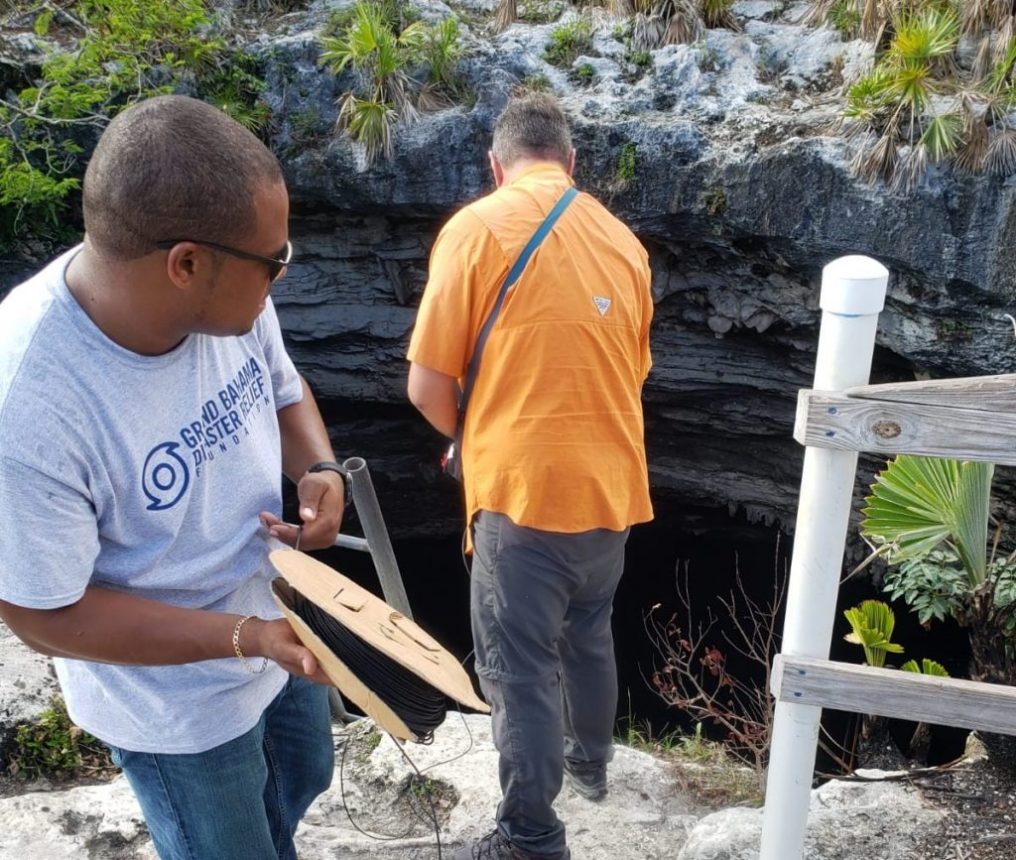 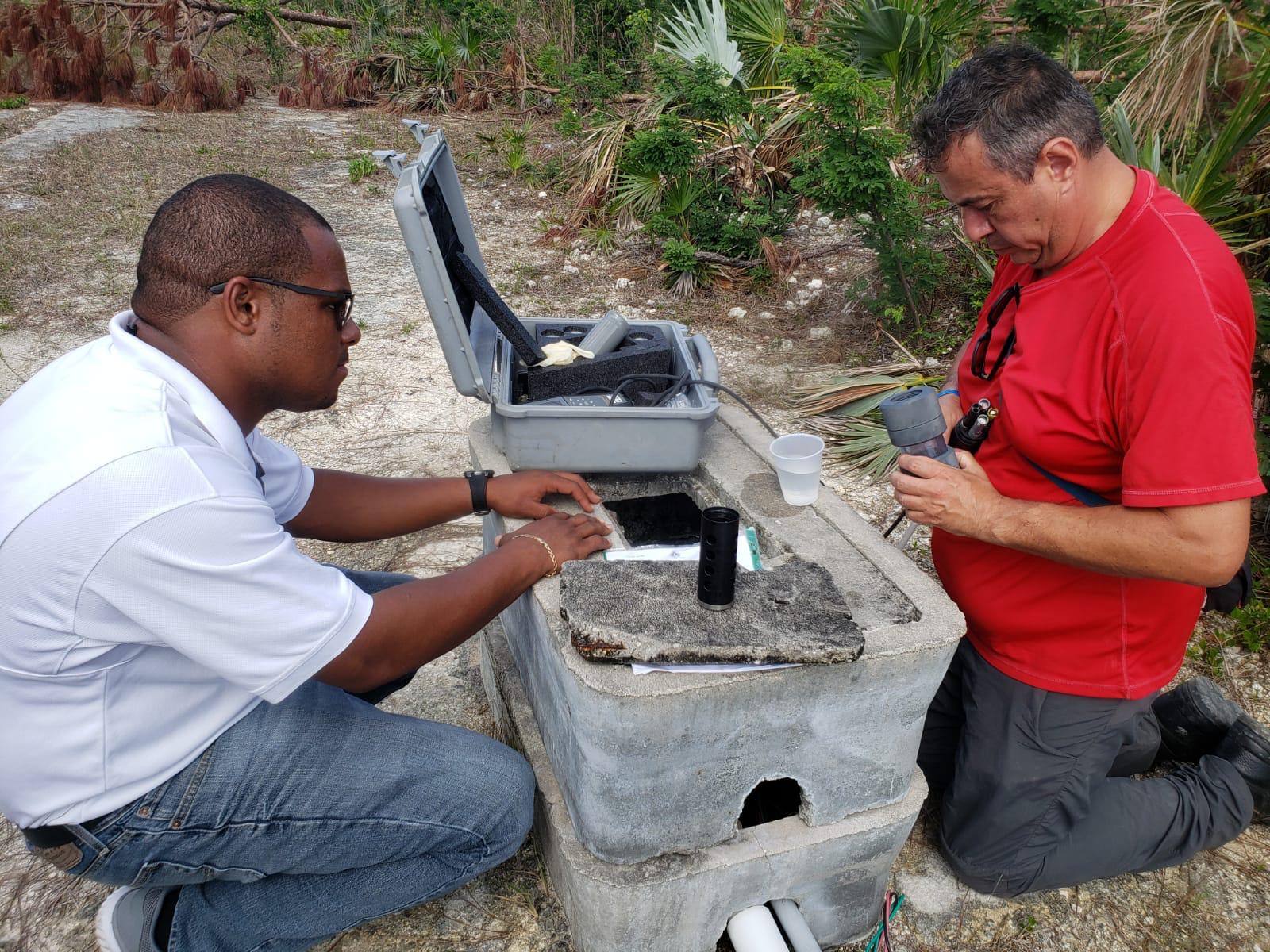 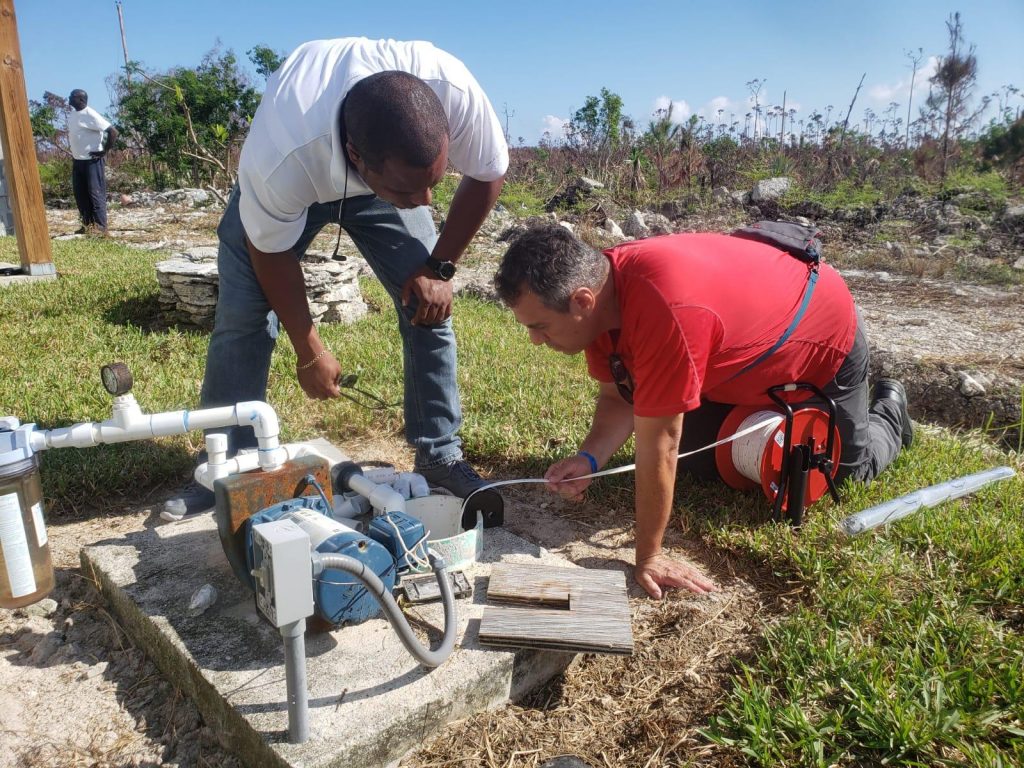 The Grand Bahama Utility Company Limited (GBUC) confirms steady progress towards our full return to potable water on the island of Grand Bahama.  Prior to the onset of Hurricane Dorian, tap water provided to the community of Grand Bahama was below 600 ppm (salt particle content per million parts of water), which bettered by a large margin the 1,000 ppm World Health Organization (WHO) standard for consumption. In certain other jurisdictions, 1,500 ppm is considered an acceptable level.

In addition to the damaged pumping stations, which were brought back on line within 5-7 days of the storm to restore the island’s running water ‘distribution’, the wrath of Hurricane Dorian compromised the island’s ‘supply’ of fresh salt-free water in Wellfields 1, 3, 6, comprising some 220 wells in total, which account for 35%, 5% and 60% (respectively) of water being supplied throughout the island.  Wellfields 1 & 3 were flooded with 4 ft. of sea water, while Wellfield 6 was flooded with 21 ft. of sea water for a period of 36 hours during and after the treacherous storm.  The flooding destroyed the entire vertical infrastructure including utility poles, wires, electrical components, control and motoring systems.

Utility Engineering Manager, Remington Wilchcombe said, “Once the flood water had subsided at Wellfields 1 & 6, our team immediately enacted an action plan to restore water supply.  An assessment was conducted to determine the impact to the systems. One of the wells tested at 25,000 ppm, which is close to the salinity of sea water at 35,000 ppm.  Results a few days later revealed that the average reading per well was 8,000 ppm in both Wellfields 1 & 3 and 9,000 ppm in Wellfield 6.”

Post assessment, mechanics were recruited to bring back-up systems into service.  Once back-up systems were restored, the GBUC was able to begin rationing fresh water reserves into the system 5 days after the storm.

Simultaneously, the GBUC began working with Sanitation Services Company Limited to conduct clean-up efforts within the Wellfields. Simultaneously, Grand Bahama Power Company Limited was conducting repairs and working to regenerate the power systems at Wellfields 1 & 6.  Additionally, industrial partners including the Grand Bahama Shipyard, Bahamas Industrial Technologies Ltd., Martin Marietta Aggregates – Bahama Rock, and Freeport Container Port, were all contributing resources to the restoration by providing technical service and physical support in manpower and equipment to return the plant to service.

Mr. Wilchcombe stated, “In an effort to ensure the speediest process for restoring potable water, we enlisted international services to perform a first phase Hydrological Study to provide further testing and recommendations relating to the movement, and physical and chemical composition of the water.”  Water & Earth Sciences, Inc. conducted a Resistivity Test, which assesses the level of salt water existing in the water lens.  The results confirmed that 99% of the Wellfields were inundated with sea water, which compromised the water quality.  Further, it was determined that all of the Wellfields had varying layers of salt water, brackish water and fresh water.

A second assessment was conducted by The United Nations Educational, Scientific and Cultural Organization (UNESCO), which included the areas of Freeport City and East End.  The results confirmed findings provided by Water & Earth Sciences, Inc. noting that the Wellfields had significant sea water incursion.

A third assessment was conducted by Dr. Yakov Livshitz from the Hydrological Service of Israel, which again included the areas of Freeport City and East End.  First, their team visited the island to gather samples for testing to determine the porous nature of the limestone.  The results were analyzed and a follow-up visit ensued.  Second, a detailed assessment to locate fresh water lenses in the current Wellfields was carried out.  Flow rates were tested to determine the time frame and restoration rate.  Finally, a survey was conducted to find additional fresh water lenses outside of the Wellfields to extract or supply fresh water.  As a result, fresh water was found in some high elevated areas.  However, the capacity is not known at this time.

Geron Turnquest, General Manager of the GBUC said, “A second phase Hydrological Study must be carried out to validate and confirm the capacity of the fresh water lenses that were found for the development of new Wellfield locations. The most feasible approach, currently underway, is to bypass various higher salt content wells in Wellfield 6 with additional fresh water reserves further East, and to revive and develop Wellfield 4, which has been out of service for a number of years.”

In light of current efforts to reduce water salinity to WHO standards, the GBUC has also discussed the possibility of a Reverse Osmosis (RO) System.  Mr. Turnquest added, “We have considered the possibility of introducing a large-scale Reverse Osmosis System.  But we are advised that this presents challenges.  Despite it being an expensive investment that will impact the cost of water to the consumer, it will also take a minimum of three to four months to develop.  By this time, we aim to have resolved this salinity issue with new measures in place.  An RO system on this scale would only be needed if the possibility of having no fresh water exists.”  That said, smaller backup RO systems in small modular units are very likely be part of our plan to provide drinking water in the event of a future hurricane.

Assessments to date reveal a continuing decline in salinity levels.  Wellfield 1 is now 2,400 ppm, Wellfield 3 is now ‘potable’ at 500 ppm, and Wellfield 6 is 3,600 ppm.  Ian Rolle, President of the Grand Bahama Port Authority says, “The GBUC is committed to resolving the issue of salinity levels as a result of the tidal surge.  The actual water pressure and the volume pumped per day is back up to pre-storm levels which is reassuring. Key infrastructure works are in progress and we continue to confer with the experts to bring about the best and speediest return to our pre-storm highest quality fresh water”.

Residents have been advised through public notices that the water can be used for sanitary purposes only and not for consumption.  GBPA Chairman Sarah St George added, “We wish to emphasize that the water is clean and bacteria free.  While we work to restore potable water, we have established a partnership between GBPA, GBUC, NEMA and several NGOs to provide free drinking water to local communities at water distribution sites island-wide.  We are grateful to our NGO partners Isra-Aid, Samaritan’s Purse, Mercy Corps, Siemens, Resolve Marine, Water Mission, International Medical Corp, Operators without Borders, and ADRA.  As salinity levels decrease naturally through rainfall and new wells come on line, we look forward to restoring a potable water supply through the island of Grand Bahama in the near future. We thank everyone in the community for their patience and understanding. We are on the right path to bringing our water back to its erstwhile pristineness.”