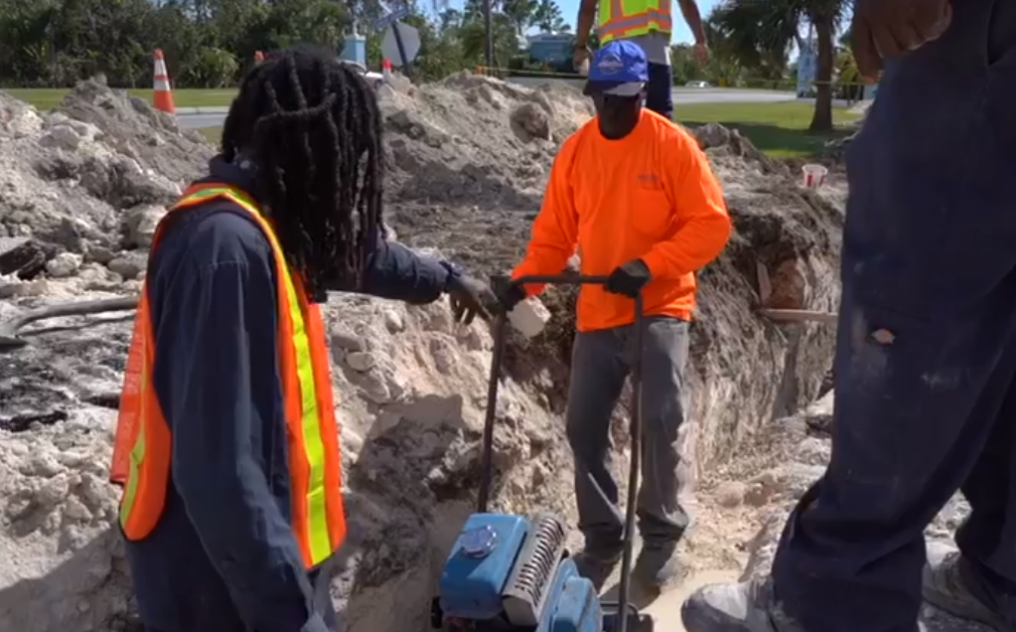 In late January, Philcher Grant, Director of Group Corporate Affairs & Government Relations at Port Group, Limited, announced the GBUC’s strategic two-part plan. Following this statement, the GBUC began releasing video weekly updates on its social media platforms and on various media outlets to inform the public of the work being carried out by the GBUC team in conjunction with licensed contractors.  The first update confirmed that the island was 25% towards its goal.

“The GBUC is dedicated to executing its plan to meet World Health Organization standards,” said Remington Wilchcombe, Engineering Manager at the GBUC. “On a daily basis, the team continues to labor in the wellfields to install new potable wells, while simultaneously conducting intentional flushing and restoring existing wells into the system.  As a result of this effort, residents across the city of Freeport are being provided with fresher water.”

To date, the restoration effort has increased to 34% towards full Island potability.

The GBUC also shared details with the public regarding the process of chlorinating the water to ensure that it is free of bacteria and other contaminants.  Although salinity levels were 9000 ppm immediately post Hurricane Dorian, due to focused efforts the current levels are 2500 ppm, showing steady progress toward meeting World Health Organization standards.

Geron Turnquest, General Manager of GBUC, stated, “Further to the installation of new potable wells in some areas, GBUC engaged the services of Florida-Spectrum Environmental Services, Inc., a certified full-service testing laboratory, to collect water samples from all Wellfields to test for water potability.  The laboratory will conduct a full spectrum of tests to assess the chemical and biological analyses of our water.”

The GBUC has also revealed its long-term plan for a sustainable utility.  Mr. Turnquest confirmed, “The Utility is taking the hard lessons learned from Hurricane Dorian and incorporating resiliency improvements.  This includes the strategic placement of new fresh water wells in areas that proved to be more resistant to salt intrusion and flood surge impact, and the elevation of our pumps.  Additionally, we have made capital investments in technology for automation of our pumps and systems.  We are also evaluating the best business case for a scalable Reverse Osmosis Plant, and have improved our hurricane contingency planning.”

Ms. Grant said, “These resiliency improvements are underway and are ongoing as part of our long-term strategy.  Hurricane Dorian had a catastrophic impact to both the private and commercial sectors alike.  We understand the frustration of our residents, and the team at GBUC has been working diligently, with executive leadership, on developing and executing this plan. We thank the public for their continued patience as the GBUC team works to restore the best quality water to our Island at an affordable price.”